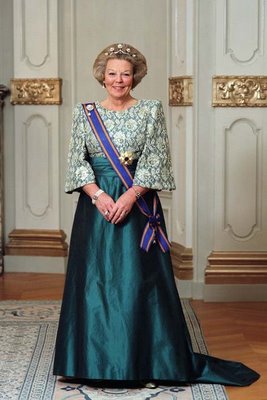 The Queen's Day was a mess, girl. 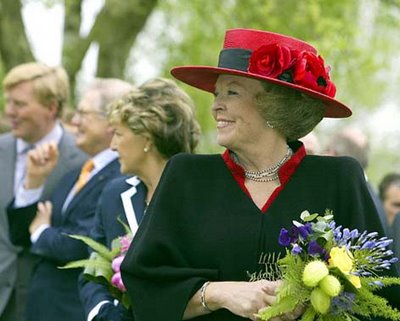 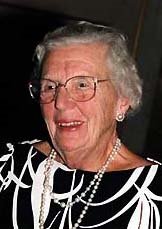 
I feel like I need to check myself into rehab after all of this.
Just gotta dry out a little. Whoo.
Another Master Cleanse coming soon....

No pictures today, just riveting narrative. The Mrs. came here to give a paper at the big deal conference on Cathy Berberian, a singer who was known in the 60's for her crazypants abject extended vocal technique. The Mrs. kicked the butt of the people, what can I say? Then she had to get annoyed by the mouseiness of the musicology types.
"Music is not art."
Then my friends who live here flew me over. Cheryl is turning 40, so her wife Peggy bought me a ticket as a gift to Cheryl, because she has only been here a year and is still having the alienation, and having an old familiar around is the fun for the birthday. So I said ok, that works for me. 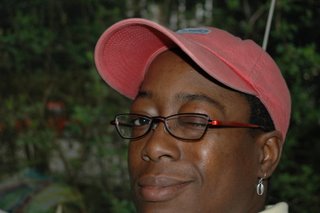 The Mrs. and I had to come over here just this morgen for a lil' 5-day stay. Long story. I will be sure to overshare at length....
It was harsh to leave the Lil' Sea Monkey just as we were reuniting after her trip to Oaxaca. Is that the right way to spell it? We hadn't even gotten much quality couch time in before we had to turn around and go.
<-----Here is one of our hostesses. Cheryl. We've known eachother since 1981. We met at the gay & lesbian Saturday youth group meetings in the back alley of the "gayborhood" in downtown Philly.


Girl, I always been lovin' this town
I feel a special connection or somethin somethin
I can't be showing my face because somebody is looking a little HAGGY after the overnight flight
The Capt'n-----> 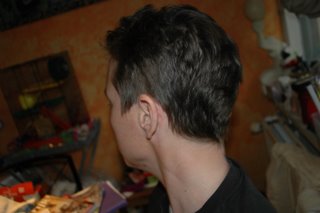 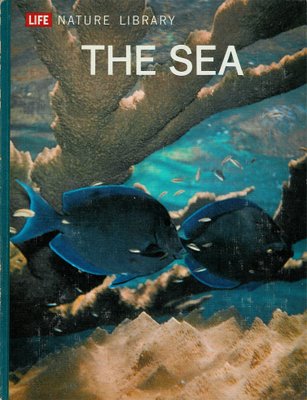 We don't just read it. We live it. 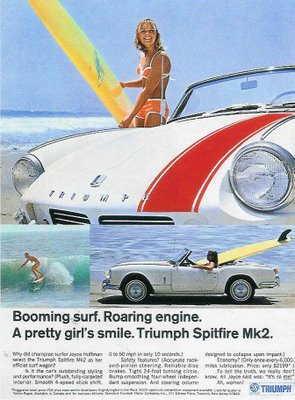 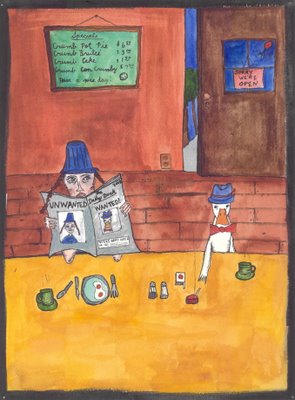 You heard me right! Coming to you one page at a time is The Crumb People, Ali Liebegott's graphic novel that she is publishing daily on her blog.
This is the cover-----> 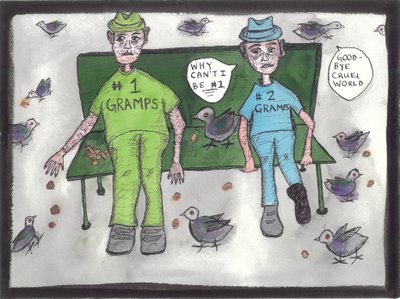 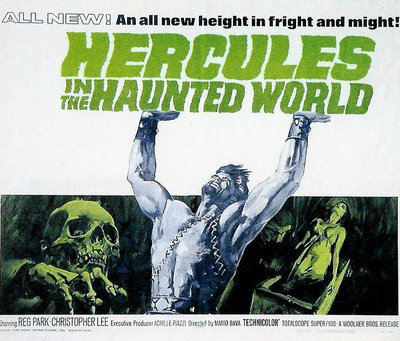 Art and surfing are hard when it's
Werkplaz day to evening.
Same dookie, different day.
Another day, another dollar.
Tryin' to make a dollar out of 15 cents.
A dollar doesn't buy you what it once did.
A day late and a dollar short.
A man's gotta do what a man's gotta do.
The Penis. The Dollar. The Lie. 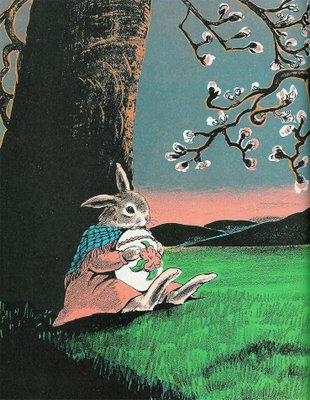 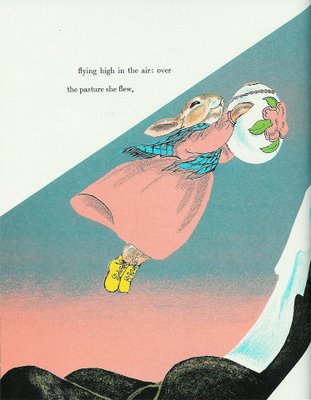 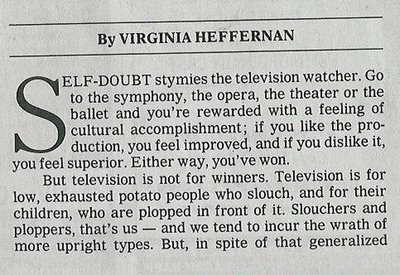 
sure I mean, look I don't really train "anymore" but cage fighting? its kind of a family thing 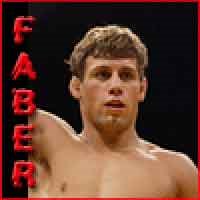 this is my cousin Urijah.
you know him as
KING OF THE CAGE.

KING. OF. THE. CAGE.
they used to tell me hey Dick, don't be so hard on your cousin. oh really I said. you think encouragement and positive reinforcement make a fighter a king? why don't you ask the nellies on the bottom of these cages about that thank you very much!!!! 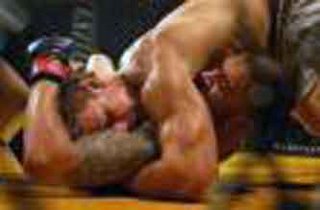 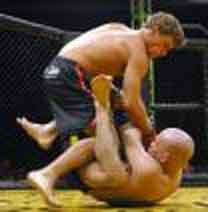 Where is the CHOAD? 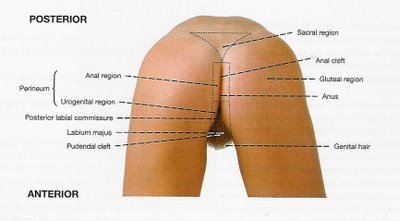 Right at home, where she belongs.
Ahhh...just stepped off the ghetto bus of the air, the overcrowded overnoisy southwest air loneliness of the long distance flight. Feelin' less than fresh, about as sexy as figure (a) to the left. Have about an hour + 1/2 down time till must turn right around and run out to attend to the needs of needy little taker-clients. Like I care about their problems. All I want to do is lay on the couch w/head in Mrs.' lap & kitty on my chest. 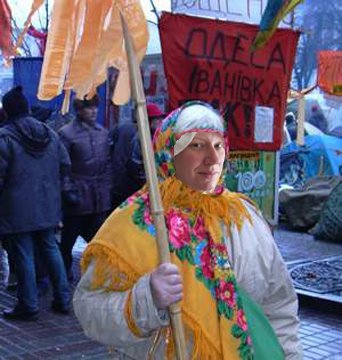 And what better way to celebrate Passover than with Gaylord, aka Ukrainian Easter lady?----->

Sitting in my uncle and brother's house, my parent's old house, my childhood house, my homebase in Philly that has everything but mom and dad, who are gone from this world. The house is still here and they are still gone. But they're ok and I don't feel too haunted tonight, not chopped by friend, axe of grief. I don't look at the doorway and see my mom, I don't hear my dad's cough from the other room. Tonight I didn't go into the kitchen alone and see mom's empty chair and feel the axe chop a burning cold grand canyon into me or my torso. Is that how it happens eventually in time? Can you get used to anything after ten years. But I did see them standing there fraily in Chinatown, waving goodbye to my bus window while mom's shoulders shook from crying. Today when my bus pulled in I saw it again and I hate that I left them and made her cry. I cannot undo it ever. But now I have the night breeze that comes in and rattles the old window, my old window actually. John's window now. Better that than a stranger's window, I couldn't take that yet. Not that with watching mom watch me leave. Maybe now in the night is the time when I get the sadness again. I can remember my friends though, my darling wife who makes me so proud and tremendous friends who I've been with these last days. My beloved uncles and aunt and brother. I loved New York this time. We had the sweetest days, one after the other, they just kept happening. My friends are so good, I can hardly believe my luck. And now these 3 new, angel-like figures that appeared before me from out of the blogs. How can it be possible? 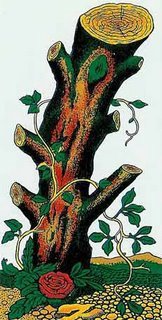 The hummingbird is back


"I am tiny and determined,
for I am hummingbird." 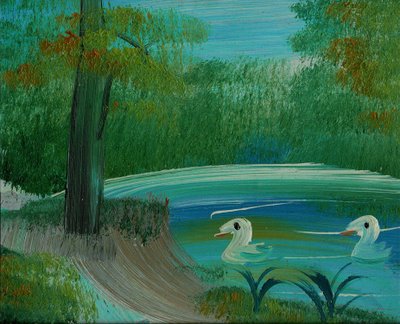