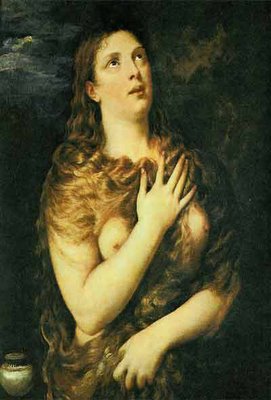 I'm really having a hard time getting dressed for the day.

Objectives:
1. find satisfactory, multi-purpose day-to-evening outfit
2. get out the house
3. go surfing
4. shower at public restroom at the beach
5. go to werkplatz
6. go to Eileen and Sea Monkey's thing at Che Cafe
7. perhaps drink afterwords, or else run home to the couch

Subjectives:
1. I look like crap in all my clothes now
2. I don't think I'm ready for this jelly
3. despite all my best efforts, I see I've still internalized some misogynist bullshit. This is an obstacle to getting dressed
4. how many bags can I carry out to the van in one trip?
a. man purse
b. plastic bag for wetsuit
c. plastic bag for shampoo etc.
d. bag of work stuff
# posted by The Capt'n @ 11:07 AM 3 comments 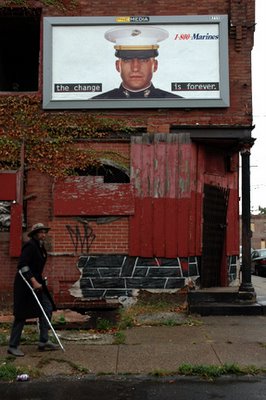 We here in the Just Because Department feel it is time to show a picture by Zoe Strauss. Just because she is the A#1 Classy Dagger, and we love 'er. 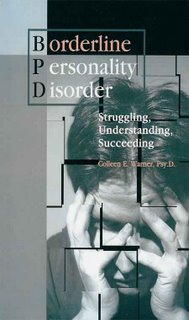 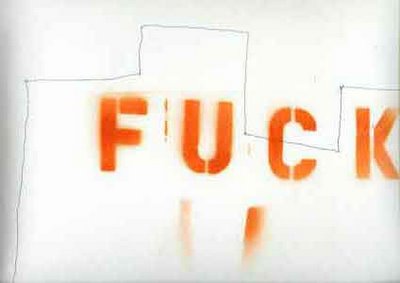 Approximately 23:00 hours after The Capt'n left for Tulsa, Sea Monkey and Dick Blew were in a blackout, the car was towed, and they woke up in Lamby's bed, their heads under the crushing weight of Jackson the dog.

Who should write the introduction? I'm thinking like Noam Chomsky or Godard. Afterword by Deneuve. Whatever. I'll think about it.

Don't think you're not a weasel. People better and smarter than you:

but am I???
Had to catch those last mad rides at Tourmaline today, alone by the way, since Sea Monkey seems to be temporarily MIA. I know she'll resurface, though, and hopefully with her lost password to the Team Shredder blog in hand.
"Inch by inch, they made their way."
You go get 'em, little Tigres-Euphrates. I know you're out there gettin' it done.
But anyway back to me. I love my gay cousins in Tulsa, but I don't love Tulsa, and I love my brother, but dang already with the aggravation.
"I blame myself."
I'll try not to downward-spiral too much in the next couple days. You too?

Mrs. The Cap'n and I had to go see the Van Gogh drawing show at the Met. And the answer is: YES. I mean, who do you think got me through high school, besides Quaaludes, Joni Abel, Joni Mitchell, various girlfriends who shall remain unnamed, (because I'm totally over it) and Patti Smith?
Who was really there for me? Vincent! My first art hero! 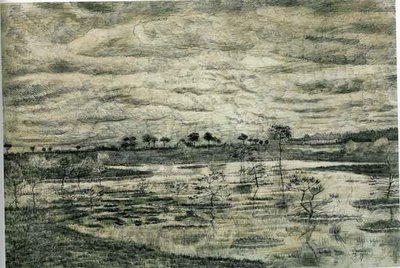 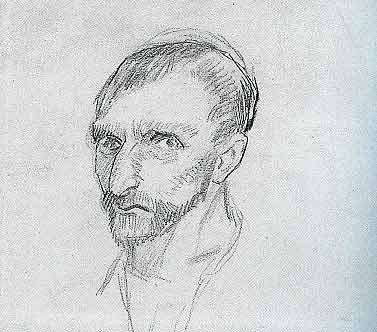 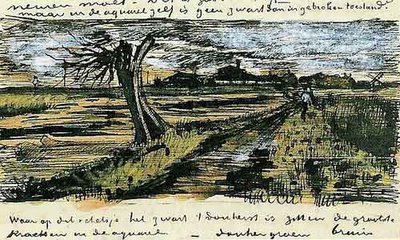 
I guess I forgot to mention to our dear readers that I was going away to NY for 4 days. Sorry, you two.
Now, the morning after: exhausted, coughing up the taste of blood, and need a chiropractic adjustment bad. It appears that The Cap'n can no longer keep up with the city slickers no more. T'was long ago that she shed her east coast armour, and The Capt'n's delicate sensibilities have since draped themselves upon the gentle silhouettes of the palm trees against the pink fingers of sunset at Tourmaline, the preferred surf break of Team shredder. I don't know how those NYers do it, chain smokin' like tuff skinny dragons and always on the go go go. I guess the key ingredient would be ambition. Speaking of, Sea Monkey and I expect to finish our video real soon, ahem. But I only have 2 days at home before I have to turn back around and go to the cousin's in fucking Tulsa for thanksgiving. Oi veysmir. So guess where my ass is gonna be in the meantime, yeah, uh-huh, up on that surfboard.

Can't get enuf of Athey/Snapper stuff 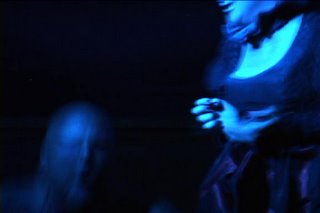 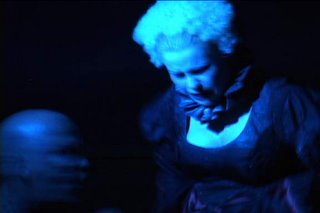 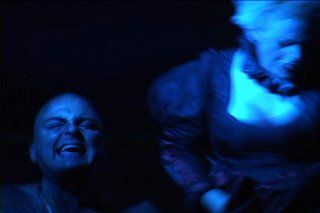 
What do the "I FEEL / I NEED" blocks tell us this morning? 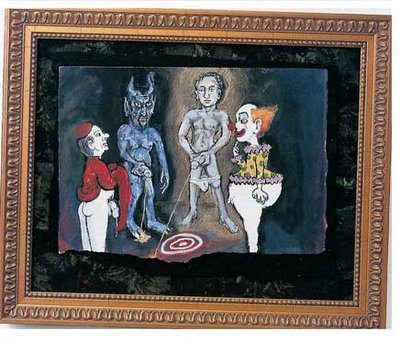 Juice boxes for everyone! 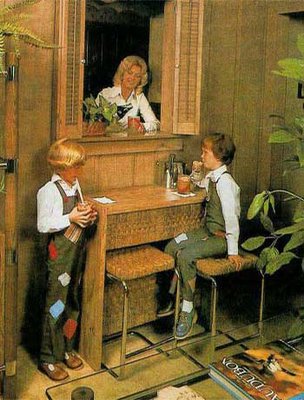 
I got nothin' today 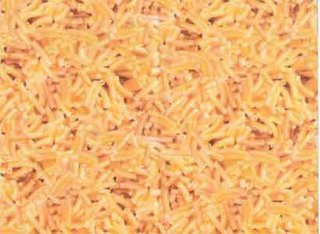 But I did want to show you another one of my fave graphic artists...The Bunch! 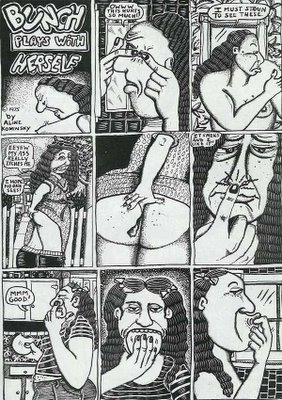 click on the image to get a blow up 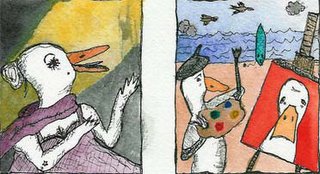 Here is Ali Liebegott's double portrait of King Torrence, or Mr. and Mrs. The Cap'n if you will. Mr. Liebegott keeps busy these days playing Grand Theft Auto, working on her graphic novel about her soulmate, Slim the duck, and teaching adults at adult school and the kids of today at UCSD. She's a great writer and there's more of her stuff at: http://www.suspectthoughtspress.com

Girl, the greatest love of all, 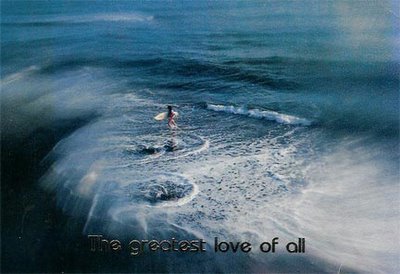 without a doubt, is surfing off of the edge of the earth. 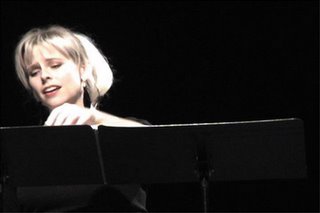 In the unlikely event that there remains any person or persons who may still feel unclear about what's real, I've provided the following flowchart: 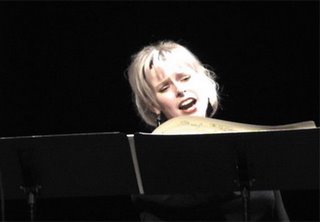 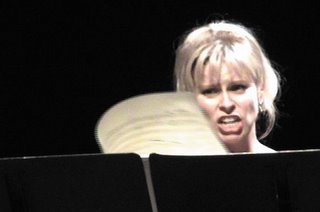 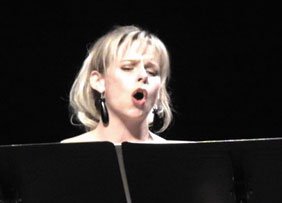 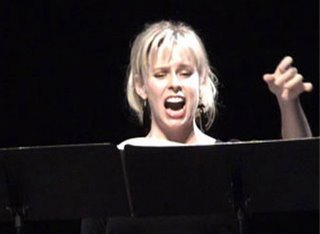 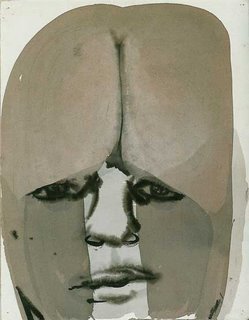 Dag, yesterday morn I tweaked my back just sitting on the couch, literally. I felt like a butthead, but then I turned that frown upside down and resolved to go back to yoga. What the kids of today don't understand is that when you get old like the Cap'n you risk injury just going about your everyday business. Then you have to lay on the floor and do the emergency repair yoga and the Feldenkrais. Which worked enough to get me out on a rendezvouz with S'Monkey at our beloved Tourmaline where we both got many sweet rides. The waves looked big and scary coming at us, but then they eased out into gentle long rollers. So technically they weren't really mad rides, they were sweet rides. Sea Monkey is really on top of her game, I noticed. (note to self: go to the Y at least twice this week.) Then after a sweet visit with Anna Hoy and Ali, I came home to Hooli and the Doctor on the couch. We ate Ron Athey's leftover middle eastern food that he made, called somethin somethin, but it was delish, while watching Law and Order, starring Ratty and Piggy and Biggy and Jungley. Ratty is the forgettable mousey detective lady with dishwater blonde hair, Piggy is that enraging pig snout guy who always gives the halting, actor-y self-righteous speeches when they get their man, and Mr. Big and that sexy italian lady who was in Jungle fever and who played Tony Soprano's crazypants mistress. 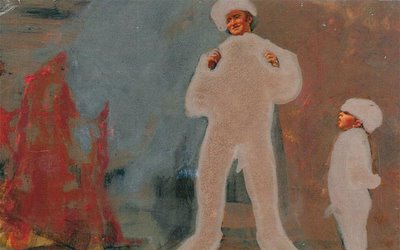 We here in the Just Because departent felt it was time to show one of Lizzie Bonaventura's paintings, just because we love her and she is so excellent. 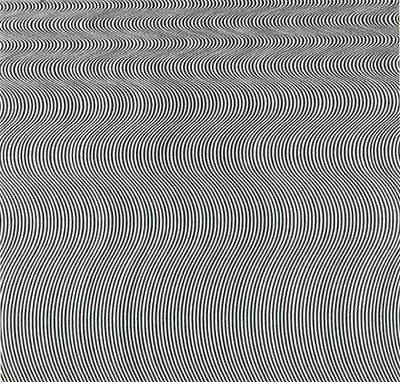 mmm how do you say...Off the hook? with some tasey ass Paella. mmmm how do you say... Bitch its Curtains? pussy-lickin-proley-art-faggot-coke-sniffin-diy-motherfucking-aesthetes lemme say. Ima grab a big hunk of your long stringey hair ... Put your gateau in my bateau. Yes. and after a whiskey and 5 glasses of wine and then 2 glasses of wine I started to understand the French. Literally. I was like: huh-huh-huh and uh-wheee.

Coming Soon to Theaters Near You 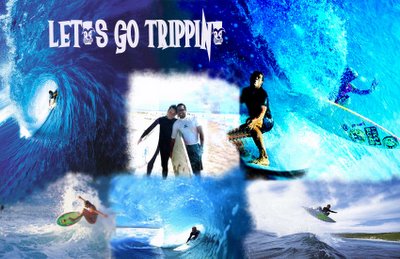 In mourning and in rage

Reruns of Invasion AND Lost, all in one night? 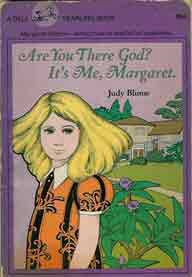 Even with hardly any waves at all, which is fine since we're so talented. Even at low tide with reef attacking us, which is ok since we're so tough. And even with thousands of pellicans, seagulls and those other cute thingys dive bombing all around us in a feeding frenzy, causing the whole place to smell like dead fish and bird poop, which we actually love, because we are highly skilled zen warriors with razor-sharp focus who live in the moment.